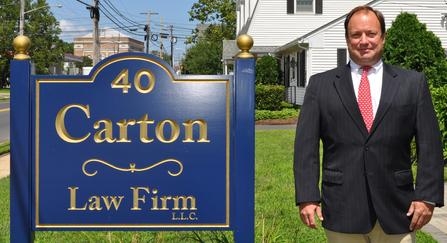 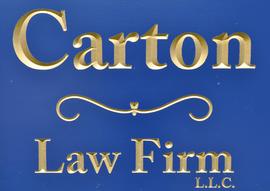 At Carton Law Firm, we are dedicated to ensuring you and your loved ones can rest easy and know that we are here to help.

sitting in the Superior Court of New Jersey, Monmouth County.  He was admitted to the practice of law in the State and Federal District Courts of New Jersey in 2003 and the State of New York in 2004. Since commencing practice upon completion of his clerkship, Mr. Leone has tried dozens of cases to jury verdict in the Superior Court – Law Division.  He has argued cases before the Appellate Division of the Superior Court of New Jersey.   Mr. Leone is certified by the Supreme Court of New Jersey as a Civil Trial Attorney, a designation held by less than two percent of licensed attorneys in the State.  He sits as a Superior Court arbitrator, having been appointed by the Presiding Judge of the Civil Division in Monmouth County.  Mr. Leone is Alternate Prosecutor in The Boroughs of Interlaken and Sea Girt and the City of Neptune City.  His practice consists of construction, personal injury and general litigation, workers compensation, zoning and planning board approvals and municipal court matters.

Mr. Leone graduated from the University of Maryland, College Park in 1992 with a Bachelor Degree, majoring in English Literature and Government and Politics.  Subsequent to his college graduation, Mr. Leone was employed for eight years in Contract Administration for a multi-million dollar central New Jersey construction management / general contracting firm. After receiving his Juris Doctorate from Rutgers University School of Law in Newark, New Jersey in 2003, Mr. Leone clerked for a judge